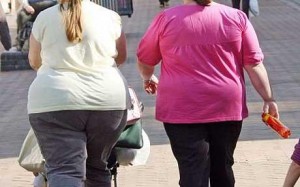 Whenever I speak to a group as “The Queen of the Business Lunch” and share that I have personally hosted more than 3,000 client lunches, I invariably get asked, “Robin Jay, how come you don’t weigh 300 pounds?!” I try to get a laugh with my answer: “Because I order the FISH!” It works; my audience members shake their heads knowing that ordering fish is a healthy choice. But the truth goes much, much deeper than that.

When I was busy racking up those 3,000 meals, I was also racking up time at the gym. In fact, at one point, I actually had three gym memberships AND worked out with a trainer at his facility! Whenever my lunch date would cancel, I would pop into the nearest of those four locations and get in a workout. Plus, I have a full gym at home. As my dad always says, “Calories in minus calories burned equals weight gained or lost.” There is no magic formula. But THAT is boring as hell, right? Want to hear something you probably HAVEN’T heard before?

What if I told you that there is a conspiracy that is working to pack pounds on you, your family, and your friends? In fact, ALL AMERICANS are at risk of becoming obese! And, believing that knowledge is power, I’m here to EMPOWER you.

I was recently enjoying a low-carb meal with my friend Andrew Klebanow. The information he shared with me was so startling, I knew I HAD to share it here with you – my faithful blog readers!

I’ve known Andrew for more than 20 years; as a former client when I sold advertising to the Las Vegas tourism & gaming industry, he accounted for a few of those 3,000 client lunches I hosted. Today, Andrew is a Principal of Gaming Market Advisors and is one of the foremost authorities on the gaming industry. He is a regular speaker at gaming expos and his expertise in the industry is outstanding, as is evidenced by his company’s IMPRESSIVE client list. Andrew’s research on behalf of his gaming clients has led him to some incredible discoveries about our FOOD INDUSTRIES!

Andrew is often called upon to deal with the opposition that arises when casino owners plan future developments. Any public debate on the pros and cons of casino development brings up the topic of problem gambling and its economic and social costs on the host community. (Bear with me – we’re getting to the FAT in just a sec; this is as exciting as a novel – you’ll see!)

These debates are frequently led by those who are morally opposed to casino gambling. It is Andrew’s task to clarify what problem gambling is, explore its prevalence in society, and compare its social and economic costs to other forms of aberrant behavior caused by what many see as more benign industries. Are you STARTING to see the connection? (NOTE: If you’d like an in-depth definition of what defines a “problem gambler,” just let me know and I’ll forward it to you.)

In 1999, the U. S. National Gambling Impact Study Commission (NGISC) reported that the percentage of U.S. adults classified as pathological gamblers is about 1.4%. Even as gaming development has grown considerably, the rate of problem gambling has remained fairly constant.  The NGISC also reported that pathological gambling often occurs in conjunction with other behavioral problems, including substance abuse and personality disorders. The gaming industry has and continues to support initiatives that educate and treat problem gambling. (Just walk through any casino and you’ll see information regarding problem gambling posted everywhere!)

Other industries, however, have been far slower to embrace the costs that their products and services impose upon society yet, communities rarely raise a sign of protest against them.

In August of 2010, the U.S. Center for Disease Control issued a report stating that 27% of the U.S. population (72.5 million Americans) are now classified as obese. Unlike problem gambling, where the costs on society are hard to measure, obesity has some very real and significant costs.

On average, an obese person incurs $1,400 more a year in medical costs than a person of normal weight. The U.S. Center for Disease Control report estimates the costs to U.S. society at $147 billion a year. And unlike problem gambling, whose physical effects are for the most part, unknown, obesity is known to lead to heart disease, stroke, diabetes, cancer and premature death.

CONSPIRACY? Unless you are aware of what is in EVERYTHING you put in your mouth, you are doomed to a life of obesity, constantly battling your weight. I LOVE eating out – and prefer restaurants that offer fresh fish (and I’m not kidding now!) as well as lean, grilled steaks, big salads, and even cocktails and wine. I have plowed my way through 1.5 pounds of crab legs with a filet on the side in a single sitting! I have a hearty appetite, but I am extremely careful about what I eat and am aware of hidden salt, fat, and sugar – the “trilogy of triple bypass”! These three ingredients are often disguised and hidden in seemingly DELICIOUS, healthy food – from tender chicken to glazed veggies, as well as the more obvious desserts or fried foods.

U.S. agricultural policy subsidizes the production of corn, soybean and other commodities that are the raw ingredients of many foods linked to obesity. Cattle and hogs are fed feed made from corn. High-fructose corn syrup (HFCS) is the primary sweetener in soft drinks. Due to the public’s growing awareness of the dangers of HFCS, the Corn Refiners Association has decided to change the name of HFCS to “Corn Sugar“!  Golly Gee – THAT sure sounds like a healthier choice!  Along with Corn Sugar, a myriad of other products are produced from raw agricultural ingredients whose production is subsidized by taxpayers. 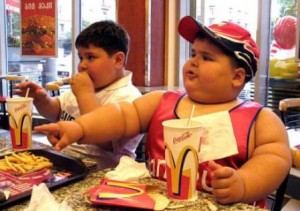 Do kids today even stand a CHANCE of growing up healthy?

Agricultural subsidies have the net effect of reducing the costs of food production and allowing food manufacturers, restaurant companies, and fast food chains to increase portion size while reducing food costs. Any attempt to reduce these subsidies to U.S. farmers is summarily blocked by politicians from agriculture states and lobbyists who represent agricultural interests.

Recognizing the obesity epidemic, both the U.S. federal government and state governments have explored a number of initiatives to limit consumption, including
instituting a tax on sugary soft drinks. Rather than address its role in combating the obesity epidemic, the soft drink industry has opposed any such measures at every level of government. The American Beverage Association, an industry lobbying group, characterized the tax as a “money grab” and has advocated that a tax on sugary soft drinks would affect low income consumers the most. So far, their efforts have succeeded in preventing governments from imposing such a tax.

The U.S. restaurant industry has likewise refused to take steps that might limit consumption. It has opposed posting calorie counts on menus or taking any other measure that might inform consumers of the hazards associated with their products.THIS IS WHY IT’S CRITICAL THAT YOU BECOME YOUR OWN HEALTH ADVOCATE! NO ONE, NOT THE GOVERNMENT OR THE GROWERS OR THE FOOD PRODUCT MANUFACTURERS ARE GOING TO HELP YOU! Discover all you can about nutrition and the food you are consuming – PLEASE! I want you to be around for a long time and enjoy a healthy life.

Instead of warning you of any food/health hazards, restaurant companies continue to develop recipes that encourage increased consumption of calories. They employ food chemists, test kitchens and market researchers to develop products that consumers want and crave, regardless what consumption of those products will have on their customers’ health and society as a whole. Restaurant companies and food manufacturers have essentially adopted strategies developed by the tobacco industry, which is to deny their responsibility to the epidemic and oppose policies that would limit or tax consumption. 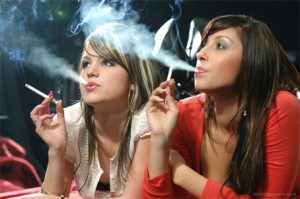 (It is common knowledge now that for over a half century, U.S. tobacco companies denied that their products were unhealthy – and even funded scientific studies to support their claims. Only in the face of overwhelming scientific evidence have tobacco companies modified those strategies. Nevertheless, tobacco companies continue to lobby against initiatives, such as bans on indoor smoking that would restrict exposure to second-hand smoke. Today roughly 20% of adults smoke and their costs, both social and economic, are a significant burden on society.)

Remember that Andrew, who armed me with all this data about tax breaks and subsidies, was never out to indict the food or tobacco industries … and neither am I. My goal in sharing this information with you is to make you aware that unless you are eating barely processed, fresh ingredients, you are taking a risk with your health.

Andrew’s argument is sealed when he offers the following numbers that put problem gambling in perspective:

Problem gambling is real and the casino industry acknowledges it, but its impact on society and on the lives of Americans is relatively small when compared to obesity and tobacco use.

As we approach a new year and our traditional New Year’s resolutions, I hope you will resolve to become more educated about what you are eating and make choices that will lead you to a healthier lifestyle, one that includes exercise. Take care of yourself so that you will live a long time and enjoy an outstanding quality of life.