A Novel to Make You Love Life

What I Know About Writing & Loving Life

When I wrote my first book, I remember hearing “write what you know about.” Taking that advice, I wrote “The Art of the Business Lunch, Building Relationships Between 12 and 2” (Career Press, 2006.) It’s now in 12 languages. As an author, I next launched my professional speaking career.  I also founded the Las Vegas Convention Speakers Bureau. Next, with accessibility to all that talent, I wrote and produced three inspirational films, collectively known as “The Key Movies” starring such self-help icons as Brian Tracy, Jack Canfield, John Gray, don Miguel Ruiz, John Assaraf, and more. These award-winning films are incredibly inspirational and offer empowering messages from experts around the world. Now, it’s time to change gears.

I Wrote What I Know About: Love, Life, & Death 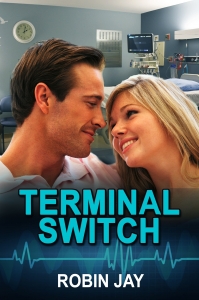 What I didn’t know is that I’d taken the advice to “write what you know about” too literally … or, perhaps, not literally enough! When the meeting and convention industry was decimated in 2020, I started writing a novel. This was a project I’d wanted to do as far back as 18 years ago. With all meetings cancelled, it was the perfect opportunity to try my hand at narrative fiction. What happened next was incredible: I wrote a novel! I wrote what I know about in as much as I know what the audience for my new book wants to read. Plus, I have learned a lot over the past few decades about life, love, and death. I know how I want a love story to turn out and how relationships could unfold.

Research was interesting. Unlike writing 20 years ago, the world is now at our fingertips. I took great advantage of the Internet for some of my research, particularly logistics. But, I know my characters and their stories.  I am thrilled to share these powerful and inspirational characters with my readers.

The Process of Writing a Novel

It takes discipline to write, especially 100,000+ words. When I began, I wasn’t even sure if I could write fiction; I’ve worked in the non-fiction realm long enough to have produced three feature-length films, three anthologies, and a business book. I’m happy to say the mystery has been solved; it turns out I can write fiction! And I LOVED the experience. I’ve shared a few chapters and passages with friends and colleagues who all have said they love it and can’t wait to see what happens next! My favorite compliment is that everyone who has read any portion of my new book has said they feel “…as if they are there.” Wow. Mission accomplished.

I had a cover mockup made for now, though I’m not even locked in to the title, “Terminal Switch.” Perhaps I should title the book, “Love, Life, & Death,” since the story encompasses every aspect of a young woman’s journey. We meet Sunny when she is only 17 and follow her for 25 years as she becomes a nurse and, eventually, a “Terminal Switcher.” Here is what you’ll read on the back cover:

Sunny Monroe’s life had been ideal, from her storybook childhood to her nursing career and her marriage to John Sullivan, a handsome air force pilot. Their love for each other and their life together was was all encompassing and magical. But, when John is sent on a mission to Afghanistan, Sunny’s world changes forever.

Sunny soon meets Rohan, a mysterious Indian doctor who is passionate about saving people, but at what cost? After suffering several losses, Rohan embarked on a soul-searching retreat to eastern India. There, he learned a secret, spiritual method for switching “Life Force Energy” between two people. Upon his return to the United States, he begins to recruit a dedicated group of specialized colleagues to help him carry out his unique, if somewhat questionable, mission.

He approaches Sunny to join his team. Her sense of compassion and the fact that she deals with life and death on a daily basis has Rohan believing she’d be the perfect agent. Will she agree to work with Rohan and switch life force energy between those who want to live … and those who are hell bent on dying? Or will the unorthodox means of “terminal switching” be too much for her?

I Wrote a Novel to Entertain and Inspire You

“Terminal Switch” is unlike the self-help work I’m used to creating. I know readers will still find inspiration in this beautiful narrative. I can’t wait to share it with you!

The 7 Keys to Networking Success

Your contact information is secure and will never be shared, rented, or sold. Copyright 2014 TwoBirds, Inc. All rights reserved.